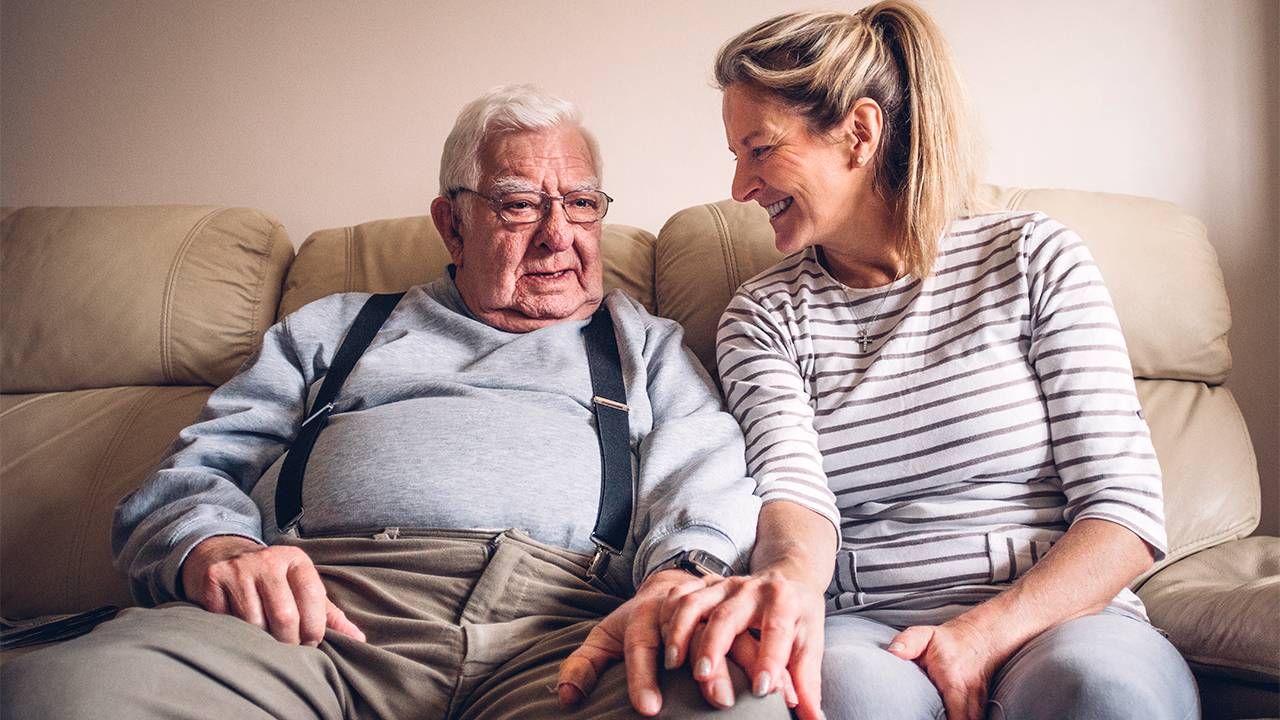 By Emily Gurnon for Next Avenue

Lisa Cassaro and her husband were in their 40s, living in Orcutt, Calif., when they learned about advance care planning in the most difficult way possible. Jeff Cassaro had no apparent health issues when he suddenly broke his arm one day while unplugging a fan. Doctors diagnosed him with Stage 4 kidney cancer. He died 18 months later at the age of 49.

Even though both had children from a previous marriage, the Cassaros had not prepared their wills, never chosen a health care proxy (someone you choose to make health care decisions for you when you can’t do it) and never filled out an advance directive, a legal document explaining how you want medical decisions to be made if you can’t make them yourself.

That all changed with Jeff’s cancer diagnosis. Prompted by their attorney, they both got their affairs in order.

Cassaro chose her sister as her health care proxy. Her children’s birth father had died previously; she knew she needed to designate someone other than her husband to make health decisions for her if she became unable to.

“It’s a gift that we give one another when we do this,” said Cassaro, of Bella Vista, Ark.

Why Do It Today? What Do I Need?

April 16 is National Healthcare Decisions Day, a day on which all American adults are urged to complete their advance care planning.

It’s a task that many intend to do – and more have completed it since the pandemic began, experts said. But procrastination still gets in the way.

“People feel like it’s too soon or [think] ‘We don’t need to deal with that yet; we’ll do it the next time we’re all together,'” said Kate DeBartolo, senior director of The Conversation Project initiative at the Institute for Healthcare Improvement. Having a special day devoted to it gives you “a good excuse to do it now,” she said.

Advance directives generally have two parts: The first is designating one person to be your health care proxy, also known as a health care agent or a medical power of attorney. The second is your living will, which describes your wishes for health care if (and only if) you are unable to speak for yourself.

Each state has different do-it-yourself forms for advance directives. You need not hire an attorney, but some states require notarized signatures. The National Hospice and Palliative Care Organization has instructions on how to download forms for your state.

Rather than starting with the legal documents, though, DeBartolo encourages people to think about what matters to them.

“What are your values? What does a good day look like to you?” she said. The Conversation Project has an array of free publications that can help guide people as they talk to their loved ones and their health care team about what they would want for their care.

Jeanne Holpp, of Sarasota, Fla., said her 100-year-old mother has made her preferences clear – verbally and in writing – and Holpp is grateful for that. Her mother has a do-not-resuscitate order and does not want any other measures taken to artificially prolong her life.

“She said that she has lived a great life and that she is ready to move on,” Holpp noted. “She made it very easy for us.”

At 28, Denzel Belin, of Minneapolis, has already begun his advance planning and has encouraged his mother to do so. Belin, an actor and film director, helped produce an online comedy improv show about death and dying.

Most people his age are not thinking about these issues. But completing the paperwork makes good sense even for them, Belin said.

“If you don’t want to do it for yourself, do it for other people,” he advised. The alternative might be putting a loved one in the position of making difficult decisions without the benefit of knowing one’s preferences. “If I can alleviate that one thing for them, how great would that be?” said Belin.

They use the resources of the Conversation Project to help start discussions – which she acknowledges can be hard.

“There are many people who don’t want to consider their own mortality, and that is a challenge for their loved ones,” she said. Others say their children don’t want to hear them talk about it. That’s when she flips the subject on its head and says, “It’s not about dying. It’s about living well up to the point of death.”

The alternative to having that discussion? Making your loved ones guess what you would want. That can cause tremendous guilt, Young said.

“I’ve heard from people who say, ‘I didn’t know whether I was making the right choice … while Mom was not able to tell me what she wanted. I hope I did the right thing.’ People carry that guilt with them throughout life,” said Young.

Karen Bullock grew up in a poor, rural community in North Carolina where no one in her African American family went to a doctor for preventive care. Historically, people of color have not had the same access to care as whites, she noted – so the idea of putting your health care wishes on a written legal document to be used by an institution that has never supported you may make little sense.

“When you have a lifetime of not engaging in a health care system you can trust, it’s very difficult to think that [the system] is going to do something that the people you’ve lived with your entire life won’t do,” said Bullock, a professor and head of the School of Social Work at North Carolina State University in Raleigh.

In fact, asking people of color to put their wishes in writing can undermine trust even further, Bullock said, because it implies that providers view the patient’s family members with suspicion. “The writing down part is the part that makes them fear that their family is going to lose control,” she said.

What’s more, communities of color often have a group-oriented, collaborative approach to decision-making that does not fit the individualistic focus of much advance care planning.

“For many Black and brown people, those decisions are made collectively,” Bullock said.

Still, talking about your wishes with loved ones is vitally important, she said. Health care providers and social workers can encourage families to begin these conversations.

Bullock said her mother talked with her about her wishes after she was diagnosed with cancer, and for that she is forever grateful. When she returned to work following her mother’s death, she was at peace.

“I had done all the things I knew my mom wanted me to do,” she said. “And that’s the beauty in it. I want people to know there’s a gift that you can give your family, to have these conversations, so that you will know you’ve done all you could do to help your loved one die well.”

After going through the death of her first husband, Lisa Cassaro now guides others in completing their advance care planning. But she is reminded that her work starts at home: She is trying to persuade her 33-year-old son, a truck driver, to complete his advance directive. While she thinks she knows what he would want, she’s not sure.

“We don’t live in other people’s heads – what someone thinks about in the quiet of the night … thinking about their time on Earth – we cannot make a guess about what somebody else wants,” she said.

Emily Gurnon is the former Senior Content Editor covering health and caregiving for Next Avenue. Her stories include a series of articles on guardianship abuse that was funded by the Journalists in Aging Fellows Program. She previously spent 20 years as an award-winning newspaper reporter in the San Francisco Bay Area and St. Paul. Reach her through her website.