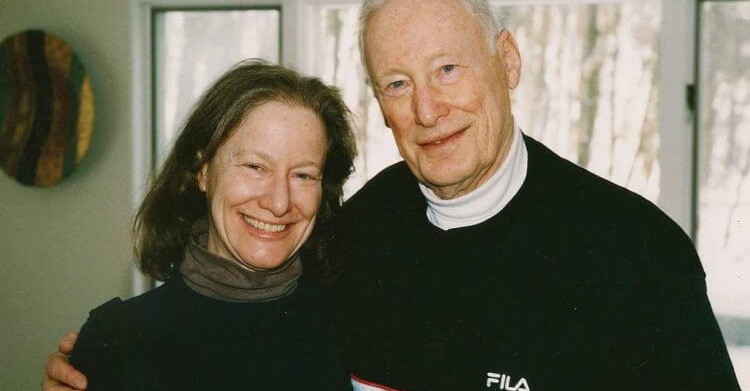 With the death of her father, this writer discovers a different kind of grief

By Jill Smolowe for Next Avenue

It happened again this morning. I’d just finished a task at my desk and thought, Okay, time to call Dad. Then my eyes teared up as I remembered, Dad’s not here anymore.

My father died on March 19 at the age of 87. Four days earlier, he’d played tennis. The end was swift, and for that my two brothers and I are grateful. Seemingly little pain. Seemingly little suffering. If you’ve gotta go, that’s the way to go.

But the fact that he’s gone? That part makes me very, very sad.

I adored my father. After my mother’s death in 2010, I took to calling him daily — initially out of concern, then because I found that I really enjoyed talking with him. As we traded daily phone calls over the next eight years, with a visit mixed in every other month, our relationship deepened and sweetened. Now, I’ve lost not only my dad, I’ve lost my friend.

No Stranger to Grief

I’ve done this grieving thing before. My first husband died in 2009, my sister and mother the following year. With those three deaths, I came to understand that it’s not the person we grieve; rather, it’s the loss of our relationship with that person.

What I find striking as I digest this newest loss is how different my bereavement feels this time around.

The attending ache and need are unlike what I experienced with each of my earlier losses. This time, I can be distracted from my sadness and shift my focus elsewhere. The pain is gentler, less frantic, more tolerable. All of this has heightened my appreciation for how both the timing of a death and the surround-sound of a particular moment in life affects the nature of our grief.

When my husband, Joe, died, my anguish was trained on the crater that his absence had created in my life. By losing my constant companion of 28 years, I felt like my entire life had been disarranged. Fear and worry informed my pain. How would I parent our 15-year-old daughter solo? How would I live with so much loneliness? How would I reimagine my life?

I thought about Joe constantly, but the “I” who had to survive was inextricably connected with any thought of him. It would take a few years before I could separate myself out and make space for happy memories of Joe.

At the time of his death, which had followed a prolonged illness, I took little solace from hugs and consoling words. I didn’t want to share my tears. What I needed most from those closest to me was reassurance that I was doing the right things for my daughter, and that I could, and would, go on.

The deaths of my mother and sister the following year resulted in a very different timetable for my grief. Key to what unfolded emotionally was how their deaths happened so close together in time.

During the eight months that my mother and sister were both in unarrestable decline, my brothers and I wanly joked that they were in a “race to the finish.” It was a logistical nightmare ricocheting between my sister in Vermont and my mother in North Carolina.

My sister died first; my mother followed 18 days later. In the bizarre twilight between their deaths, as my mother’s liver shut down, turning her skin from beige to yellow to orange, my grief couldn’t find a place to settle. I can’t fully grieve Ann while Mom is going, I wrote in my journal.

Later, each of my brothers would tell me that it took them 18 months to really feel their grief for our baby sister. For me, there had been deep pre-death grief as I stuck close to Ann to help care for her through her decline from colon cancer.

But it had been too much illness and death for me to truly process so much loss. It would take another 5 1/2 years before I would be wrenched by bereavement for my sister. I think of, and miss, my mother, of course. But I wouldn’t be surprised if I get whacked by a bout of grief for her one of these days.

It’s so different with my dad.

This time round, the playing field is clear, so to speak. No one else in the family is sick or dying. My daughter is grown and no longer needs my constant minding. Unlike with Joe, I feel no fear, worry or fuzzy-headedness. Unlike with my sister and mother, I feel no confusion or numbness.

With my mind and heart free to settle on the loss of my father, I have time to think of Dad — and only Dad. And so I do.

What I feel is unadulterated sadness. Where I couldn’t make room in my brain and my heart for words of solace after Joe’s death, I take comfort from every expression of sympathy about my father. I linger over notes that summon a recollection of him. I nestle into people’s hugs. I well up a lot. Sometimes, I let the tears flow in the presence of others.

Sometimes, those tears have a bittersweet edge. Unlike with Joe, Ann and Mom, the happy memories aren’t buried beneath layers of illness that will require years of excavation. My happy memories of Dad are right here, right now. I hear his voice, I see his smile — and they remind me how much I’m going to miss his presence in my life.

For now, my father is often on my mind. I’m in no rush to let go of those thoughts. I know that the day will come when the thought doesn’t cross my mind, Gotta call Dad.

And when that day comes, I know that, too, will make me very, very sad.