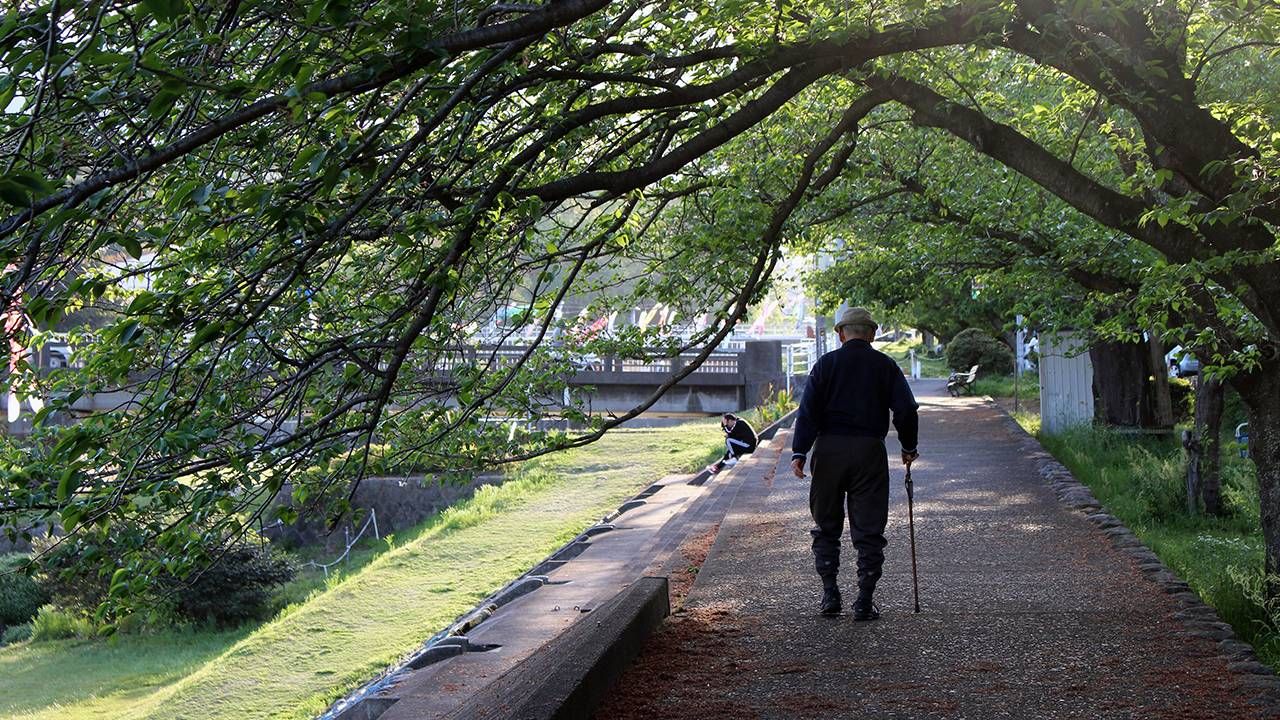 By Lola Butcher for Next Avenue

Deborah Carr, professor and chair of the sociology department at Boston University, has spent much of her career studying death and dying. That expertise led, in 2019, to an invitation to write an article in the Annual Review of Sociology about well-being at the end of life.

“When I started writing what I knew about things like pain and suffering at the end of life, it dawned on me that we need to interrogate: What is end of life?” Carr said. “We don’t actually have a clear definition.”

At the Gerontological Society of America’s annual scientific meeting last year, Carr proposed that “dying” or “end of life” should be considered a new life course stage. In an interview with Next Avenue, she discussed the merits of the idea.

Q: Why do you consider end of life its own life course stage?

Deborah Carr: The end-of-life period is longer than it ever was historically. A hundred years ago, people would die suddenly or shortly after becoming sick. Unfortunately, we are actually seeing an uptick of that short duration with COVID-19. But for most other leading causes of death among older adults — cancer, heart disease, chronic obstructive pulmonary disorder — there can be a very long time period between becoming sick and dying.

As I started thinking about this expanded period, I realized that end of life is like any other life course stage. There are developmental tasks — things we should do — during this stage to ensure smooth transitions.

Just as we learn, as children, how to be a teenager and then how to be an adult, maybe we need to learn how to prepare for the end-of-life stage.

What are the other life course stages?

The main stages are infancy, childhood, adolescence, young adulthood, midlife and old age. Even though these stages make sense to us now, some of them are actually pretty new.

For example, the notion of adolescence didn’t even exist until the very early twentieth century because many would go from being children to adults before high school and college were widely attended, and when child labor was common.

Likewise, midlife, or middle age, is a pretty modern construction.

How does the end-of-life stage differ from old age?

I think it’s important that, culturally, we move away from the notion that old age equals death, because that is ageist.

Obviously, old age is among the most powerful risk factors for death, but about twenty-five percent of all people who die each year are under age sixty-five.

And many older adults are perfectly healthy; they aren’t in the end-of-life stage unless something happens like they get COVID and die a week later, for instance.

When does the end-of-life stage begin?

Some life-course stages have biological or legal markers. For example, adolescence generally correlates to puberty; in most states, people are legally considered adults at age eighteen; old age is typically thought to start at sixty-five when most people become eligible for Medicare and Social Security.

End of life is different in that the starting point is unclear. We can’t definitely state when the end-of-life stage starts, because illness trajectories are uncertain.

The important thing is that, once they start developing major chronic illnesses, people — whether they expect to continue living for one year or four years or ten years — should think about how they want to live during that stage of life. I’d encourage them to discuss the topic with family members, embrace it and take the steps that one needs to do in order to have that stage of life be as pain-free and peaceful as possible.

People could critique this idea on the grounds of ‘Well, how do you prove someone is in the end-of-life stage?’ I’m not out to prove anything, but just really to reshape our thinking of how we can prepare for, rather than avoid thinking about, the inevitable.

You mentioned ‘developmental tasks’ that need to occur at the end of life. What’s on the to-do list at this stage?

Just as you tell kids to eat their vegetables so they will be healthy as an adult, there are things that we can encourage people to do to prepare for the end of life.

Talk about what kind of funeral rites — if any — match your personal preferences. Talk to your loved ones about how they will survive financially without you. Encourage couples to have conversations about how the surviving spouse will manage finances and household tasks.

All of these preparations are things that I hope people are doing already. But often they don’t, because we as a society fear death. If we think about the end-of-life stage as something that we can have some agency over, something we can control to the best of our capacities, it may demystify it and really destigmatize it a bit.

You’re talking about something much bigger than filling out an advance care planning document, right?

Advance care planning is something that one should do early in life to help facilitate the transition to end of life. Have those conversations early and often because your preferences are likely to change over time.

Oftentimes, people do advance care planning too little, too late. For instance, when someone is given an opportunity to do a living will after they arrive at the hospital and is already dying or in severe discomfort, that’s not the optimal moment to do planning because the patient and family may be in distress.

So, we can think about advance care planning as something that we do earlier in life that helps to have a more satisfactory end-of-life period that accords with one’s wishes. It also can make the end-of-life period easier for loved ones.

It’s really hard emotionally to make a decision for someone else’s end-of-life care. It helps when people who are in that stage of life have already brought their family members on board and talked about what their preferences, values and fears are.

Not to trivialize, but in some ways it’s like those old anti-drug ads: ‘Just talk to your kids about drugs.’ Just talk to your loved ones about end of life because it will help you all prepare.

This article was written with the support of a journalism fellowship from The Gerontological Society of America, The Journalists Network on Generations and The Gannett Foundation.

Lola Butcher covers policy and business issues for publications read by physicians and health care executives. Her awards include an Association of Health Care Journalists Reporting Fellowship on Health System Performance. She lives in Springfield, Mo., with her husband, Andy, and two cats. Her side project is an early childhood literacy initiative for kids who are at risk for school problems.