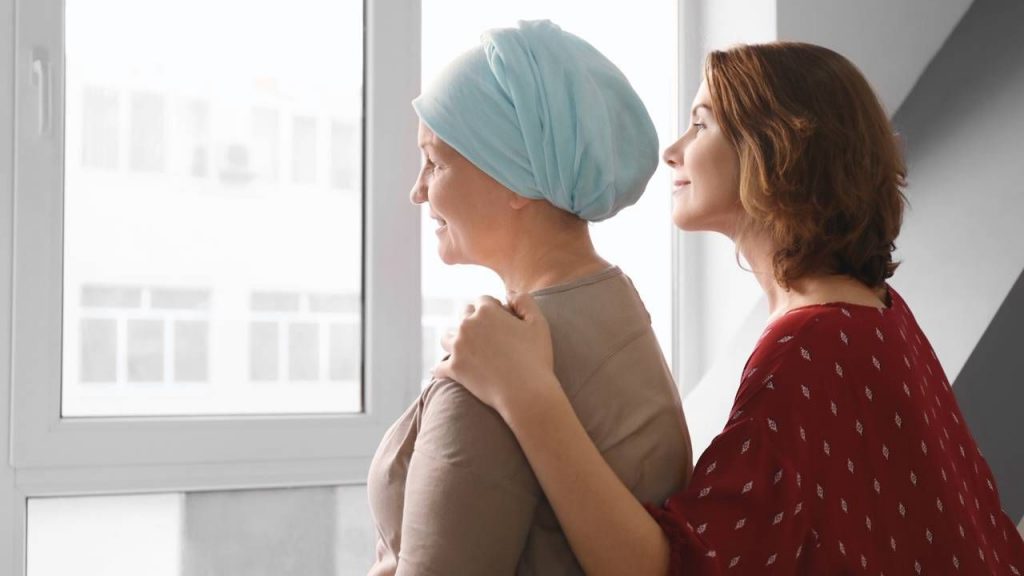 By Randi Mazzella for Next Avenue

In 2015, actress Shannen Doherty was diagnosed with breast cancer. After completing successful treatment, she was told she was in remission.

Then in February of 2020, the “Beverly Hills 90210” star, who was 49, told “Good Morning America” that her breast cancer had returned, and it was now Stage 4. That meant it had spread to other organs and her lymph nodes and was terminal.

But seven months later, Doherty said in an interview with Elle Magazine, “I feel like I’m a very, very healthy human being. It’s hard to wrap up your affairs when you feel like you’re going to live another ten or fifteen years.”

In the Elle interview, Doherty said that she wanted to do things before she died (such as write letters to loved ones) but was reluctant. She explained, “…whenever it comes time for me to do it, it feels so final. It feels like you’re signing off, and I’m not signing off.”

Doherty eloquently expressed the feelings of many living with a terminal diagnosis, the key being that they are still living and may continue to do so for many years.

The term “terminal” is medically defined as a disease or condition that cannot be cured and will likely, in time, lead to the patient’s death. A person can live for days, weeks and even years with a terminal illness. Doctors may estimate the lifespan based on statistics of other patients with a similar diagnosis, but each case is really individualized.

In a January 2014 New York Times article, Dr. Paul Kalinithi, a neurosurgeon, spoke about his own diagnosis with Stage 4 lung cancer in an opinion essay titled, “How Long Have I Got Left?”

Dr. William Dale, director of the Center for Cancer and Aging Research at City of Hope, a comprehensive cancer center near Los Angeles, says, “A terminal diagnosis means there is a limited prognosis, that the disease is advanced and not curable. But a terminal illness does not signal the end of life.”

How to Talk to Someone With a Terminal Illness

Terminally ill individuals may feel isolated. They often worry about being a burden to loved ones and withdraw both physically and emotionally.

Dr. Kien Vuu, a longevity physician and founder of the Live Again Project, explains, “Terminal ill patients can need a trusted, safe community where they can speak openly and express themselves, without feeling guilty or worrying about upsetting their loved ones.”

Some conversations may be uncomfortable and upsetting, especially those about end of life care. Vuu says, “The illness has stolen control of the patient’s life. Being able to outline how they want to leave the world (estate planning, funeral arrangements, medical directives) gives some control back to the patient.”

Mostly, what Dale has found is that his terminally ill patients want their friends and family to treat them normally.

“Loved ones fear saying the ‘wrong’ thing, but what patients crave is normalcy. They want people to act normally around them,” Dale says. “That includes talking about their day, laughing, telling jokes. If they liked talking about sports before the diagnosis, they probably still do.”

According to Dale, “Loved ones of terminally ill patients need to be careful not to project their own feelings or assume they know what the patient is thinking.”

Well-intentioned family and friends may pull back from their loved one, not inviting them to events because they think they won’t feel up to going and don’t want to make the situation worse. But being excluded, even for benevolent reasons, only adds to a person’s feelings of loneliness.

When in doubt, ask. “Rather than deciding for them, be inclusive. Give them options,” Dale explains. “They might say, ‘I can’t on Tuesday because I have treatment, but would love to do something the following week.'”

Be careful not to infantilize the person. Let them know you are there for them with whatever they need, but don’t make them feel incapable.

Dale explains, “Sometimes patients feel they have to let a friend help them as a way to make the friend feel better. You [also] want [the patient] to know that they don’t have to feel like a burden if they do need assistance.”

Living With a Terminal Diagnosis

Everyone with a terminal illness has good days and bad days: Days where they feel upbeat and energetic and other days where they are down or lethargic.

Dale encourages his patients not to make too much of the everyday highs and lows that are a normal part of living.

He explains, “I urge patients not to over-interpret every ache and pain. An everyday headache or back pain does not automatically mean their cancer has spread. It might be gone tomorrow. Conversely, feeling highly energized one day does not signal that their illness is gone.”

As cliché as it may sound, Vuu urges his terminally ill patients and their families to “carpe diem” and seize the time they have together.

He says, “Some patients have expressed that a terminal diagnosis has been a gift. That before they had been living their life so routinely and that now they were doing the things they always wanted to do, enjoying moments with friends and family, letting go of grudges and other small tensions in their life.”

Experts agree that it is vital for terminally ill people and their loved ones to live in the present rather than focusing on what will happen in the future.

In his essay about his illness, Kalthini spoke about regaining his strength and returning to work as a doctor. Evoking playwright Samuel Beckett, he wrote, “Every morning at 5:30, as the alarm clock goes off, and my dead body awakes, my wife asleep next to me, I think again to myself: ‘I can’t go on.’ And a minute later, I am in my scrubs, heading to the operating room, alive: ‘I’ll go on.'”

Randi Mazzella is a freelance writer specializing in a wide range of topics from parenting to pop culture to life after 50. She is a mother of three and lives in New Jersey with her husband and teenage son.