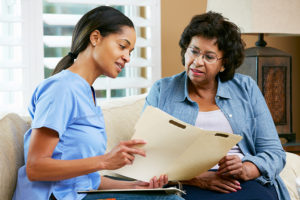 “LAND OF THE GIANTS” was a science-fiction series that aired on ABC in 1968.  Taking place 15 years in the future – in 1983 — the series chronicled the adventures of a crew and its passengers flying in a sub-orbital transport ship named Spindrift.  In the pilot episode, the Spindrift is en route from Los Angeles to London, on an ultra-fast sub-orbital flight when – just beyond Earth’s boundary with space – the Spindrift encounters a magnetic space storm, and is dragged through a space warp to a mysterious planet where everything is twelve times larger than on Earth!   The Spindrift crash lands on the “land of the Giants,” and the damage renders it inoperable.

I was 9 years old when those poor earthlings were being chased by every imaginable “giant” thing.  It seemed like in every episode “the little people” – the moniker given by the ginormous giants to the tiny humans — were killed.  Never once was there an opportunity for the little people to talk to, much less receive help from those they had left back on earth!  Without the opportunity for dialogue, they were left to develop and carry out their own uninformed plans.

A teenage shepherd boy named David must have known exactly how “the little people” felt when he inadvertently wandered into a camp of his brothers, relatives and other Israelites who also had found themselves in the “land of giants.”  No one, including the King and all his army, wanted anything to do with being chased and killed by Goliath and Co.  No one was talking about solutions.  There was no plan.

After talking to God, David, not necessarily because he was so very brave, but largely because he was on a mission to demonstrate the presence and power of God, picked up 5 smooth stones.  Each stone was about the size of a baseball.  David was going to carry out a plan.

Every wonder, “Why five?”  Was he worried he’d miss his target and quickly need additional ammo to reload his sling?  Not at all.  The fact of the matter was that Goliath had relatives living in the land.  Four of them.  All giants.  David’s plan was to take out Goliath … and then have one additional stone for each of Goliath’s kinfolk should they foolishly decide to take up where Goliath failed.  Five stones for five targets.  David was confident.  He knew God would walk with him into battle!

Facing giants called Alzheimer’s, Lewy Body, Frontotemporal, or Vascular Dementia, Parkinson’s or Huntington’s Disease, Cancer (in every form), Pneumonia – or any other “giant” that threatens our life – can cause even the bravest of us to grow weak in the knees … and heart!  When everyone around us is living with the threat of death, our first, natural instinct is to want to talk to someone.  To have them take note of our situation.  To share with those closest to us that we are feeling fragile and in need of TLC.  We need to talk … and develop a plan!

And that’s when Heart & Soul Hospice, on a mission received by God, steps into the fray.  We offer prayer, support, and guidance when knees and hearts get weak.  We notice.  We listen.  We pray.  We develop and pursue plans that brings care and comfort to the forefront.  We hold hands with those feeling vulnerable and fragile.  We become the hands and feet of Jesus while also searching for the way God would lead all of us when facing giants that would otherwise like to destroy us.

Because God is so big, no problem or person is too little.  Give us a call!  When life begins to spin out of control and drag you where you’d rather not go, we’d love to walk alongside you and discover that space in life where wholeness and love and promise and Hope coexist.