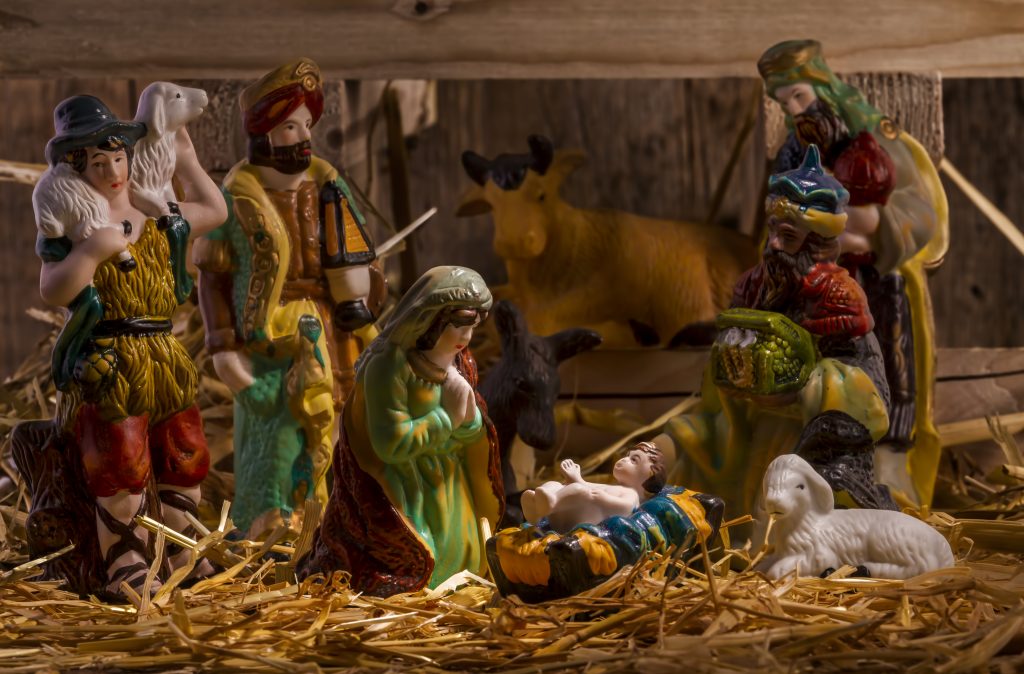 Did you know that when you break a peanut apart, you discover a miniature “Santa Claus” on the inside?  Some people say it’s a bunny, but I believe it’s Santa.

One of the great realities – or is that mysteries? – of life is that it is filled with surprises!  Start to believe you have some person, place or thing figured out … and boom! Something coming from deep within suddenly shocks you, catches you off guard, and forces you to rethink virtually everything that you previously believed.

Take the birth of Jesus, for instance.  We all know He was born in a manger because there was no room for Him in the inn. Manger? Cattle feeder. Got it. Inn?  Were there really Motel 6’s 2,000 years ago?  Tom Bodett and friends have only been leaving the light on since 1962.

Here’s something worth noting. The word we translate as “inn” in Luke 2 can also be translated “guest room” or “living room.”

Which makes me wonder, when Mary and Joseph arrived in Bethlehem, was there no room at the Motel 6, or was Joseph’s dad’s living room already occupied by uncles and aunts and cousins who had arrived earlier and filled Joseph’s childhood home?

Personally, I think it’s likely the latter, and Joseph’s dad offered his son and daughter-in-law the manger in his own barn as the place to have baby Jesus. And since barns in those days were often constructed on the North end of one’s house so that the barn served as a kind of “wind-stop” for the home, I also imagine that when Jesus opened his mouth and gave that first cry, it was heard by all those relatives living just on the other side of that barn wall!

Now, that’s better than finding a Santa Claus in a peanut any ole day!  The power and presence … the gift of heaven … found in the center of a caring, providing, expectant family!  What a surprise!!  I know Hollywood may not have painted that picture for you, but God’s Word does!  In Christmas, and every other day of the year for that matter, God has placed His love at the very center of your life.  And all we have to do is see it.  So don’t miss it!  And don’t let other people tell you it’s not there just because they don’t choose to see it the way you do.  Let your life be filled with the awe and wonder and sight of the surprise inside of you!